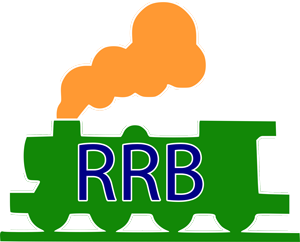 Are you looking for the Central Govt Jobs in 2019, the Indian Railway is the best option to get good salary jobs according to your qualification. Through the Indian Railway you can get jobs region wise also. The Railway Recruitment Board announced thousands of vacancies yearly in their 21 RRB’s, 17 RRC, RPF/RPSF and various metro rail department across the India. In this page we have provided the latest recruitment notification details which are published by various Railway Departments. All the interested candidates need to check all eligible criteria before going for further applying process of Jobs in Indian Railways.

Before apply for the Jobs in Indian Railways notification in RRB, RRC, RPF & metro railway you can check the notification details and eligibility criteria. Then you can apply further for it. All the Interested candidates are advised to follow our site and we will provide you all current and running RRB, RRC, RPF vacancies in Indian railway department.

The Indian Railway Recruitment Board publish jobs as region wise according to qualification. Total 21 regions are there and named Allahabad, Ajmer, Ahmedabad, Bhopal, Chennai, Chandigarh, Bhubaneswar, Patna, Bangalore, Ranchi, Muzaffarpur, Mumbai, Guwahati, Bilaspur , Gorakhpur, Jammu, Kolkata, Siliguri, Malda, Secunderabad,  & Thiruvananthapuram. In this page we are providing you the RRB jobs according to the region wise which are given below.

Railway Recruitment Board conduct NTPC (Non-Technical Popular Category) exam and recruit the candidates on the basis of the merit of the exam. The RRB published vacancies for the following posts

The Candidates those who are going to apply for RRC Group D post must be 10th pass or should possess ITI diploma from recognized university or institute.

After successful completion the written exam, the aspirants are shortlisted for the physical efficiency test. In this test the candidates have to cover the distance within a particular time. The persons with disabilities are exempted from appearing in Physical Efficiency Test.

Aspirants would be invited for called for documents and candidature verification after the written & PET exam qualification.

After qualifying all exams, RRB/RRC recruitment Boards generated a final merit list and the candidates are shortlisted on the basis of written exam, PET, document verification & Medical test and called for training.

Are you who are going to apply for the RRB Jobs and is only online mode available for apply various RRB, RRC or RPF post.  Follow the following step to apply online for it.

This section consist of Multiple Choice type question from the following topics:-

It is an exam which is conducted to check your ability & presence of mind.

It include two type of syllabus they are Verbal & non-verbal type.

Here we are providing the latest Railway RRB exam pattern in a tabular format.

Stay tune with our site www.rrbvacancies.com  if you want to get updates of all Indian Railway Jobs. Please comment us below and let us know your Queries.